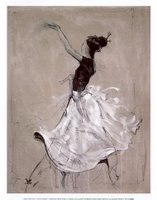 You think I’d go and do something useful, but this caught my eye over on Katie’s blog and as test ettiquette goes, I complied. Now I just have to go look up more of ‘what the heck’ it’s about.

I was meant to go and spend some time this afternoon with Katie, but unfortuantely that didn’t happen. I worked out it might not be the best idea after I woke up at some horrendously late hour after a really terrible night’s sleep – where I quite literally took over two hours to find that point of unconciousness. Sometimes I should just get over being stubborn and go ahead and take the ‘easy’ means. (Cold and Flu or equivalent). Still coughing whatever isn’t lung up. So after getting moving, thought I’d better stick around and appease mum by actually doing some work (ebay stuff) – I didn’t get to that until later either.

I was going to blog about change after hearing a sermon around it on Sunday, I may yet get to it. Tonight feels very much like it requires a movie of some kind.

Paul has been rather sick and so has had to pull out of ESA’ing, which leaves me knowing no one really, so it’ll be a curious week up there – I’m junior camp leading. I can’t say I haven’t done the ‘know no one’ before so I’ll be okay. It is a pity though. I can only hope I’m well enough myself to get some decent sleep before Friday rolls around.

Last night Dad and I went to the hospital to visit my Oma, who is in rehab (and has been for a while). Arny and Kathy (Uncle/Aunt) were there and we had a look at their China photos – lucky things went on another ‘world trip’. They copped a lot of terrible weather and general pollution so it looks mostly smoggy and not quite as you’d expect. My Aunty Kathy is fantastic – I think I’ll just say that, no particular context.

I got to Mark’s (Luskies) around 8:30. I can’t help but wonder if the dynamic changes when someone else walks into the room. Who was there (good old record keeping): Clacy, Iain, Luskie, Dan, Elyce, Alecia… and Jess was meant to come later. I don’t know what the boys were doing with all the food so late, but I somehow ended up with a big bowl of pasta (to share with Lex) and consumed far more than I should’ve. It was extremely good! Iain was kind enough to cut me a piece of pizza ‘small but not too small’ on about the third try. We went up-stairs and shot ducks, laughed at old Bible playstation (or equivalent) games and talked.

Enjoyable time. I think I managed to have a bit of a chat to everyone there. Always a bonus! Got home early enough to placate a certain parental who’s been a tad narky about things lately.

I like these people lots and lots and time spent with them is better than sitting at home infront of a stupid screen or a book – however interesting.

….on the books note.
I read The Little Prince by Antoine de Saint-Exupery today. The fact that my jaw was open the whole time has to be saying something. It’s not very long and it’s a classic that’s easy to read as it was written for kids (supposedly), so DO bother. I don’t know how many philosophical points you could pull out of it but ‘wow’ was screaming off the pages.