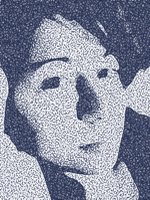 It’s always a risky thing going along to a music recital where the vocalists tend to vary quite drastically in talent and scope. Tonight’s experience was actually quite a good one.

In my own humble opinion my beautiful little sister, Hannah’s second song, “Stuff and Nonsense” (Neil Finn) was the absolute highlight of the night – and I’m not just saying that because she’s my sister. I don’t do things like that. I’m far too honest (usually for my own good). Her first was in Italian and as she described it, “Went slightly pear shaped” due to having never sung with a flute playing as well as the piano, I could only tell a little bit – but then, I’m thoroughly unmusical and I can’t speak Italian (Although might be able to count to ten in it, I still get mixed up with French).

There were some other highly commendables. Gabby did a good job, as did Tiffany (Can’t believe she’s only 12!) and a girl who sung two songs from a musical. Blair and Marita I should also mention (seeing as they’re Em’s friends, they were good, and she reads this).

I dragged Sam along to spend the night with me. Correction: she needed to chat and that was the only time we could manage. The whole concert was a fund raiser for The Oak Tree Foundation and a chance for my sister’s singing teacher to show off her student’s talent.

Clacy was there as he’s a good friend of Gabby’s. He did the typical Michael thing gave me a massive hug, called me beautiful within about the first three minutes and asked if I was dating anyone. I think I just laughed.

We had him quite literally on the floor in shock/delight later as Sam can testify (if you bother asking her). Hilarious!

Grandparents were there – of course. Came for dinner too. Can’t believe my luck: Chicken and Broccoli two times recently!!! AND Sticky-date pudding. I ate far far too much.

Decided I should probably start making my own graphic thingos – at least occasionally. Here’s one. The result of boredom + camera + photoshop.