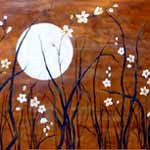 Romans 3:25-26
God sacrificed Jesus on the altar of the world to clear that world of sin. Having faith in him sets us in the clear. God decided on this course of action in full view of the publicâ€”to set the world in the clear with himself through the sacrifice of Jesus, finally taking care of the sins he had so patiently endured. This is not only clear, but it’s nowâ€”this is current history! God sets things right. He also makes it possible for us to live in his rightness.