Today that camera rewarded me with a System Error. I thought the SD card would’ve been the first to cark it. Sadly no.

I have given the funny old thing a run for it’s money and have taken thousands of photos – so many photos that I’d just tipped the 9,999 limit and the counter had restarted. This is still pretty frustrating, particularly as the waranty ran out only two months ago. You’d hope a $600 camera would last you longer than a year.

I sincerly doubt it’s worth getting fixed. Cheaper to just get a new one. It was already starting to tell that the button was getting less responsive.

So. I guess it’s now on to saving for a digital SLR and work out what my dream (but still affordable) camera is. I somehow don’t think buying one is going to happen any time soon. 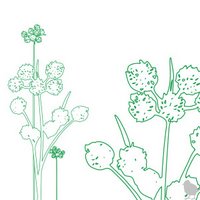 Wow. I don’t think I’ve EVER in my life drooled so much over a blog. Such designs!!! The badges, the mugs, the bags, the art! And I came across it by accident! I like. I like!