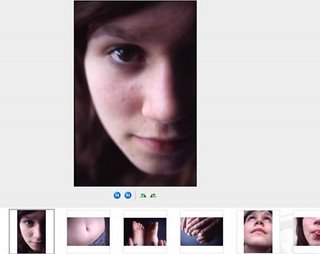 I spent 4 tedious hours today scanning in over a hundred of my slides. Every little problem I didn’t anticipate came up to bite me in the bum.

I managed to get hold of the slide template and the scanner was free. The computer was not happy with finding me on the network, I’d left my usb stick at home and had no blank cds. The template is due back tomorrow morning. I ran down to the studio and borrowed Matt’s stick. 256mb, with some stuff already on it. So I scanned some, then crashed a classroom of ‘typology showing students’ a couple of times to offload onto my drive – which was having issues also.

The usb stick went psycho and filled up with only 2.5mb spare even when I deleted the last lot, which would’ve left more than half the slides un-scanned. I had a moment of triumph when I worked out what was going on – more really that I fixed something I don’t know why the heck was happening.

I get home and spend ages getting them across from the ftp onto my computer because I want to be able to have a good look at them and put a few up. Sure, I’ve scanned them in at a mighty high resolution (as they are slides and really small and you want to get them up to beyond thumbnail size). That’s fine. I saved them as .tif to attempt to keep as much quality as I could. Anyway, now photoshop is chucking a spaz and not letting me resave them as jpgs. even when I try to ferry my way around it. I can’t help but thinking that this is something to do with the bit-depth, which I think was also very high. But why! It doesn’t make any sense!

And flickr claims to be able to read .tiff files (which I can save them as) and still doesn’t like it!

So, you’ll have to be satisfied with a screenshot for now. I can’t put them up on flickr until I work out what’s going on. Any suggestions would be marvellous.