Hurrah! The best character of all…

You scored as Elizabeth Bennet.

As one of Austen’s most beloved characters, Elizabeth Bennet represents what most women would like to become: strong, independent, and loyal. Of course, she has her faults including a stubborn will of iron and a clinging to first impressions. Overall, Lizzie is bright and lovable…something to admire and aspire to.

Which Jane Austen Character are You?
created with QuizFarm.com

Not entirely sure why it spat out the Peter picture instead of the Susan picture as they were equal (I also don’t think the brave thing on the picture is very true), however as I’m wasting time before work, and I’ve just seen the movie and am re-reading the books (Lion the Witch and the Wardrobe atm)- why not.

You scored as Peter Pevensie

Which Chronicles of Narnia character are you most like?
created with QuizFarm.com

How do I look in your eyes 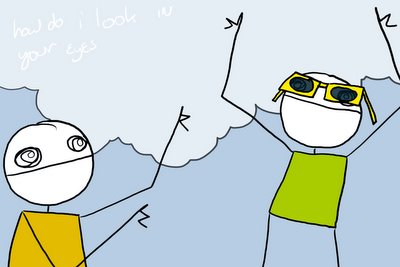 Last November for some strange reason I started keep all of my recipts, every single one, including those you get when you visit an atm.

I had no real reason at the time, but slowly it evolved and the decision was made to one day pull them out and count them, to thus shame myself into buying less.

Now, I really don’t buy too much (so I thought) and I tend to stick to things I actually need. Although need is an extremely lose definition and you can easily lie to yourself about needs and wants.

To not make myself sound absolutely terrible, amongst these recipts were a good lot of things I did have to pay for, text books, presents and well the unavoidables, metcards etc…

So three numbers that have come up, in order to digust myself, the first I can’t do much about and entirely depended on whether I bought 5x/month/day/2hrly metcards:

There are 36 of those, one was sent to someone, one is still in my wallet and I’m fairly positive I’ve lost/thrown out a fair few.

Not so bad – they are ‘necessaries’.

I pulled all of the recipts I could find out and counted them.

I have been to ATM’s no less than 71 times between last November and now. I can justify that slightly as I tend not to ever get very much money out at once, specifically so I don’t spend it, but thats still WAY too many times.

I had 116 other recipts.
How shameful.

I really need to curb the buying – I mean that doesn’t include anything coffee/lunch related.

So, Bec the miser?
Not so miserly perhaps…

Take the time to disgrace yourself once in a while, might do you some good.
I shall be watching myself far more closely now (New Years resolution?)

While I sit here

Just quickly while I remember – and Im not staying on this wretched computer much longer its far too hot to be typing.

Just home from work, and there were a few, well I suppose you could call them ‘delightful’ (gag) experiences worth remembering.

The first was a woman and her son who was probably about 4, bragging about who loved each one more. “I love you more” (mum), “I love you more and more and more” (little boy). I walked around the corner and there’s the dad pushing a pram and had the most massive smile on his face – I think my face was a little the same. What flashed through my mind was ‘ideal family status’ or some blah like that. But really, it would be so nice…

The second was two little kids (about 3) playing/laughing at eachother outside the front of the shop. An african boy and an anglo boy. People should learn the laws of humanity from children.

And the last, waiting for the bus, an old guy who was nearly dying of a coughing fit one side of me and another on the other side. I dare say it looked pretty comical.