About the most massively useful thing 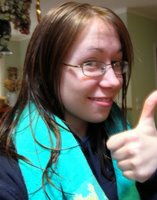 Late last night, or maybe even the day before last John told me to, “Take a towel with you tomorrow.” I said no and had some vague idea it might have been to do with Hitchhikers. I didn’t think much more of it.

I managed to sleep around the clock to a glorious 11:45am. Pottered around, had a good breakfast and eventually made it to the shower. I was sitting reading Sam’s blog (can I link to you yet Sam?) after the shower and she explained that she’d taken a towel with her to uni. I know she does crazy things sometimes – but I’m still rather surprised. Anyway, she left this link to: Towel Day :: A tribute to Douglas Adams which I naively clicked, as I do to many links.

Now I don’t really care that much for remembering someone like so- not being a very sentimental person (particularly with someone I don’t know) but I do admire Adam’s books as I find them just slightly hilarious. Okay, actually extremely hilarious. So the fact that I decided to get a towel was more to do with the novelty value, being rather bored and also so I could have something to blog about.

Having still very wet hair when I got the towel, it served it’s purpose quite well. I had the odd impulse to make Sopapilla’s this afternoon (they being Mexican – ummm how to explain them, just click the link!) the towel started getting in the way. I used it to dry my hands a couple of times and then the round the neck/over the shoulder thing got awkward. The towel spent a bit of time on my head, but I got sick of that and ended up tying it around my waist.

I could’ve used the towel as a breathing apparatus as I sucessfully managed to smoke out the house, but my hands and most of the rest of me was covered in flour. The sopapillas were good – despite the misleading environment.

I wore the towel around my waist for the whole of the afternoon, bought it with me to dinner. There was no, “Why do you have towel Rebecca?”. No odd looks. Perhaps they are used to me doing strange things – or they fell for the common magician trick of misdirection by only noticing the smokish air. Alternatively they might have been stunned that I cooked something without burning it. Good thing I threw the first three away before they got home…

The towel now sits on my lap and has at least provided me with a little of my own amusement.

And I dare say you wont hear about such doings again until next towel day…
Where, if my luck doesn’t hold out, I’ll have to go public with it.