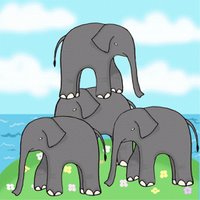 “I don’t see much sense in that,” said Rabbit. “No,” said Pooh humbly, “there isn’t. But there was going to be when I began it. It’s just that something happened to it along the way.”
â€” A. A. Milne, Winnie the Pooh