Dora Marr, supposedly inspired Pablo Picasso intellectually, artistically and I dare say emotionally. It would have to be a pretty powerful thing to have those behind you. Fairly honoring to be in that position for a start. But then – they as two artists, they would’ve fed quite regularly off eachother. The interaction is interesting.

I can’t help but wonder if it was shared emotion, if he was so close to her that it got utterly poured into (particularly) Picasso’s artwork. It’s all so dramatically depressing. I genuinely like his work and can appreciate it, despite it being quite strange, but do I find exceptionally dark.

As you may or may not have picked up – especially if you didn’t know it was on, I visited Picasso: Love & War at the NGV this afternoon. It was worth a look, maybe not quite what I anticipated and it didn’t give me quite the same thrill as when seeing Rembrants, but I can claim satisfaction in having experienced a genuine Picasso and have definitely lit (and perhaps burnt out) that small woodpile of curiousity about the whole thing.

Why the city on a friday? Well, I did first make the trip into to uni for my one hour lecture (WWW) and then stopped by the Hawthorn’ish area to have lunch with Geoff, which was rather good! I could definitely justify the ‘afternoon’ out.

The train was highly entertaining today. I don’t think I’ve ever had a better run of ‘the funny stuff’. I got to the station early after heading up to fill up my front tyre with some air, so I jumped on the 8:3something instead of the 8:53. It left late due to some trouble with the doors. A few stations down the line the driver’s voice comes over the P.A. “Passengers, we’re still having some trouble with the doors so if you can try closing them again and giving them a kick then we might get going!” His colloquial tone and words were beautifully human. You sometimes forget that they’re having, ‘just another day on the job’. Trains don’t drive themselves. Whatever kicking the passengers did do, it worked. Had to change later on due to the same problem, but it was worth it. 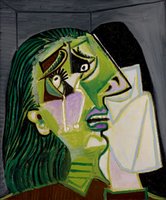 On the way into the city. Sitting behind me was a classical voice music student (guy) and a 40yr’ish, older guy who had obviously just started talking to him ‘because’ he was within proximity. The conversation was loud and I found it incredibally funny, to the point where I was laughing as silently as I could and not just doing the whole ‘grin my face off’ thing.

The student was listening to the musical soundtrack of Rent (something Jess W has talked about a lot recently) and let the other guy have a listen. It hit the point of where he made the descision to go out and buy it, but couldn’t get his head around what the piece was called. “Oh wow, this is great music, I really like it!”.

The conversation extrapolated wildly from there on and at one point the older guy got quite excited, “Maybe you could join my brother and I, we’re thinking of starting a band, you could do back-up vocals…”. Middle aged pipe dreams?

I have no idea how the student was finding it as I couldn’t see either of their faces, but he was quite amiable and he played along with a cool, “Maybe.”
I think he really baulked when the older guy asked about singing excercises. The student mentioned the larynx and moving it up and down and then after a little longer, “Uh, I’m not really a teacher”. They talked about the future and how musical theatre was on the cards and how difficult it was to get in. The student was encouraged in his pursuit of what he wanted to do, “If it’s really in your heart” but the guy suggested quite unhelpfully that perhaps he’d better seek more stable means. He meant well.

The whole thing was gold!

So. A very peaceful in many ways kind of day. Thoroughly enjoyable. A bit of learning, a bit of humor, a bit of being with someone I rather like being with, a bit of culture and a lot of taking the whole thing at my own pace. Can’t top that very well, although maybe a sleep-in would’ve been nice…