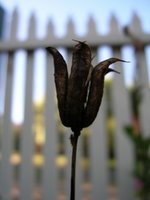 Last night I had a rather facinating conversation with a friend, I mentioned the old questions and enquires thread on Gush, which was an, â€˜ask questions about guys and girlsâ€™ thread. It snowballed from when he asked, â€œWhat do you want to know?â€ What a minefield of opportunity! The poor boy was subjected to many many questions. Mind you, he threw a fair few of them back in my face and so I think managed to get something out of it himself.

Some of the more interesting insights actually came from his end,

â€œWhatâ€™s something guys should know about girls?â€

A good bit of rambling followed, but something that came up was in the way of compliments. Iâ€™m not exactly sure why and Iâ€™m hoping here that I can represent a female generalisation (or somethingâ€™s stuffed and Iâ€™m sorry), being told by a guy that you are smart or funny or whatever is really nice, but compliments about how you look actually strike a deeper chord. I donâ€™t think that Iâ€™m obsessed with my apperance, and I do think Iâ€™ve got a reasonable self esteem, but Iâ€™ve enough of a gague on myself to know that such things at least carry a fair bit of weight initially. They say looks arenâ€™t supposed to matter itâ€™s all the inner beauty stuff. Thatâ€™s all very well, but something really does hit home when you can associate erm, lets use the word beauty here, with yourself.

Iâ€™ve said it before and Iâ€™ll say it again. Guys need to learn how to encourage girls appropriately and the appropriate thing is even more important when it comes to compliments, itâ€™s the more risky, but donâ€™t leave looks out of it all the time. Find the tact to let a girl know sheâ€™s looking nice even if you donâ€™t intend to ask her out.

There is however the problem of her misinterpretting you as girls minds can grab at threads and go mad, so youâ€™d better make sure youâ€™re being consistent with all/most your female friends. Oh and donâ€™t over do it (until youâ€™ve due reason to), itâ€™s just not cool and it sounds fake. Ha! Iâ€™m glad Iâ€™m not one of you; itâ€™d be such a complicated business.

The most eye opening question of the night was this one:

â€œWhatâ€™s something you’ve always wanted to know about guys but were too afraid to ask?â€

Iâ€™m not sure whether I misinterpreted the question or if it does make logical sense, I took a bit of time wondering what to say and quite shocked myself by coming out with the following: â€œWhat do you (guys in general) think of me? I.e: all upâ€

I was not in any way fishing for a compliment or an affirmation despite it sounding thus. It was a strange thing to admit and I didnâ€™t know what to think of myself afterwards.

He was silent for quite a while and came back and actually answered it. Wow uncomfortable, but a really good experience. Belive me, Iâ€™ve been rehashing it at various points in my day. Nothing like someoneâ€™s good opinon to slap a bit of worth on your forehead.

What would it be like if we were more honest with our friends? I think Iâ€™ve talked about how we suck at encouragement before.

It was good reminder to act on it more frequently. Being genuine and verbal about others peopleâ€™s qualities would do marvels for the world.

Returning to the looks thing, this does need to be mentioned,
â€œ Charm is deceptive, and beauty is fleeting; but a woman who fears the LORD is to be praised. â€- (Proverbs 31:30) We need to remember very distinctly that it is not looks that are going to pull through and last the distance. Strength can be gleaned from a well placed word and helps on the immediate â€˜self worthâ€™ thing which in turn Iâ€™d hope would help in understanding a little more of how God see us. Itâ€™s not everything though.

â€œWhy is beauty so important?â€ I guess that we (females) got that edge of Godâ€™s likeness. Or the humorous interpretation: each thing that God made just kept getting better and woman was last, so I guess sheâ€™s the crowning glory. Hehe.

Iâ€™m not trying to sprout, â€˜How females are betterâ€™, we are fundamentally the same: â€œSo God created man in his own image, in the image of God he created him; male and female he created them.â€ (Gen 1:27), but I do think we are different.

I happened to read Psalm 139 in the NLT version some time today and itâ€™s too good not to share:

You made all the delicate, inner parts of my body
and knit me together in my mother’s womb.

Thank you for making me so wonderfully complex!
Your workmanship is marvelous–and how well I know it.

We just really have to learn to remind eachother of it once in a while instead of going out of our way to get it off of others.