Yesterday is definitely worth a mention.

You can read some of it here.
I picked up Paul, Paul2 and Jas from Ringwood. And had a crap day at driving I tell you – what must they think! My car was struggling a bit with having a lot more weight than just me (and okay, my parking was terrible). We then went and had a meeting/chat with Rowan. Which I found quite interesting. I tried to get the others to make me a gush admin but it obviously wasn’t my day.

Then to Starbucks – which both the Paul’s had never been to before! I was very amused that Paul2 had never even come across lids on paper coffee cups before. But then, what can you do?! He’s from Western Australia.

Back to my place. Sam and Reinhard came down and we all had dinner. Mum coped remarkably well with the huge influx of people.

I’ll be seeing Jas on Sunday – as he’s coming along to Vineyard so that’ll be good, before he heads back. Paul will make it there one day and Paul2 I doubt will ever make it that far out ‘east’ again – at least this year.

Good company. Reasonable food. I do it any time! 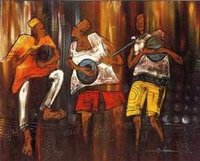 Here’s to a good first semester of uni results

2 High Distinctions (and one being for the subject I thought would be worst), 1 Distinction and one Result “Not Yet Finalised” (which is the Subject I am least worried about anyway).

Not that I was really worried at all.

Golly I should be ashamed. I really didn’t put in that much work.

There have been some quite classic reactions to THIS NEWS.

To be honest about how I am, having decided to leap off the edge of the diving board into the complete unknown, it (reactions) was something I was more than a little worried about. If you don’t already know me well, or even just a little you’ll probably know that I don’t too often talk about a) what I’m feeling (of course this is much of a mystery to me at times) b) boys – unless it is in the arms distance position of questioning/critiquing/analysing and forming opinions around relationships and how they should work.

If you read back, I’ve written extensive and many blog posts about relationships/singleness etc.

When it gets personal like that I usually run. I’ve avoided truth and dare games all my life up until very recently – to the point of refusing without much shame to not participate and so being the household ‘party pooper’. I have also been in the curious position many many times of being asked a plethora of relationship advice questions from numerous friends/gushers. I never quite understood why they’d go to the clueless, never had a boyfriend before 20yr old (let alone verbally profressed interest in anyone before!). Would someone care to explain that!

As to knowing the stuff: I hope that I’ve somehow gleaned a little advice from playing psuedo counsellor. I can read as widely as I like (and have, sort-of), but am all together certain I know ABSOLUTELY NOTHING AT ALL about how this all works in reality. And although it’s all rather *insert very happy face here* it’s massively daunting. But God has been fairly evident in everything so far and so I guess that’s a good place to start if not the best.

Whatever I’ve said, this kind of thing is not a descison I’d made lightly at all and it’s been a hugely stressful past week regarding everything. I did manage somewhere in there to work out that Geoff is the kind of guy I think well worth the risk. Hence now why things are where they are! It’s good 😀 Oh and the first date thing is delightfully petrifying, but it was nice!

Family were surprisingly good. Apparently I put Laura through too much hell in the early years and now she wouldn’t ever put me through the same. Glad that didn’t back fire! My fine littlies think it’s all rather exciting (and they like him lot anyway. Han knew him before I did). Mum hasn’t been too bad, I think the rest might have the tight reins on her (so the little birds say). Hi Mum, you read this too don’t you :S please don’t. Dad has been Mr. Typical, which has been quite lovely, haven’t heard too much from him.

Analise, guessed before I said who.
Sam was all rather wrapped up in her own euphoria… haha
Sussanah’s, “Ohhh!” was all class.
Clacy quite literally found the floor in his typical fashion and laughed his face off in disbelief/delighted or something similar.
Jess got cross that I hadn’t told her before Clacy (whom I happened to see earlier and couldn’t lie to his usual ‘Are you dating anyone’ type question).

Mr. Youl – well, he absolutely made my day. Which does mean it’s probably circulated the staff room of my former school (Hi Anne 😉

Kat overheard, “It’s about time!” from some unknown, when we walked out together on Sunday… apparently lots more people knew something was going on before I really clued into it all. Tad disturbing that.

Jess H was sitting squashed up on the couch with me on Wednesday night. “Did you hear Geoff has a girl-friend!” I nod, “Do you know who she is?”. It was glorious giving the simple, “Me!”, her facial expression was priceless and she was bouncing around on the couch making wild thumbs up signals across the room. Hilarious!

Mark Smith – Dad’s good friend (old family friends of ours) and an old work colleague/boss of mine.
M: “Have you got something to tell me Rebecca?”
R: “You know what it is or you wouldn’t be asking”
M: “I know the boring side….”
etc…
M: “It’s quite a surprise, we didn’t think you’d even have anyone until both Emily and Hannah were married!”

I know of a few more – not of my experiences though. News travels fast. It’s been easier dealing with it than I anticipated. Much to my relief. Fear is a silly thing sometimes.

And I’ve already said far too much! So that’s enough on that, I might just go back to pretending that I don’t play truth and dare. Don’t expect many/all the details. That’s not going to happen. Pray for it all please. That’s the best thing you can do.